How to choose the ICO marketing agency in 2021?

What are the nuances of ICO promotion in 2021?

ICO is an Initial Coin Offering organized to range funds for cryptocurrency projects. In other words, this is an alleviated version of IPO, or IPO in the world of blockchain. 2017 became a successful year for ICO projects when 5.6 billion USD was raised within a shortest time.

However, despite the ICO boom, the number of unsuccessful ICOs was huge. Only 48% of ICOs managed to reach the soft cap. The situation is even harder now as it was admitted that almost 90% of all ICO projects funded in 2017 were a scam. It undermined trust in this form of fundraising making a marketing policy even more complicated than before.

Some of ICO’s founders didn’t try hard. Among numerous projects, we can spot, for instance, the project called Useless Ethereum Token, the author of which managed to raise $300K during ICO. You shouldn’t rely on such easy success. Instead, get ready to spend much time and hire a dedicated team with a clear marketing strategy to launch your ICO campaign. 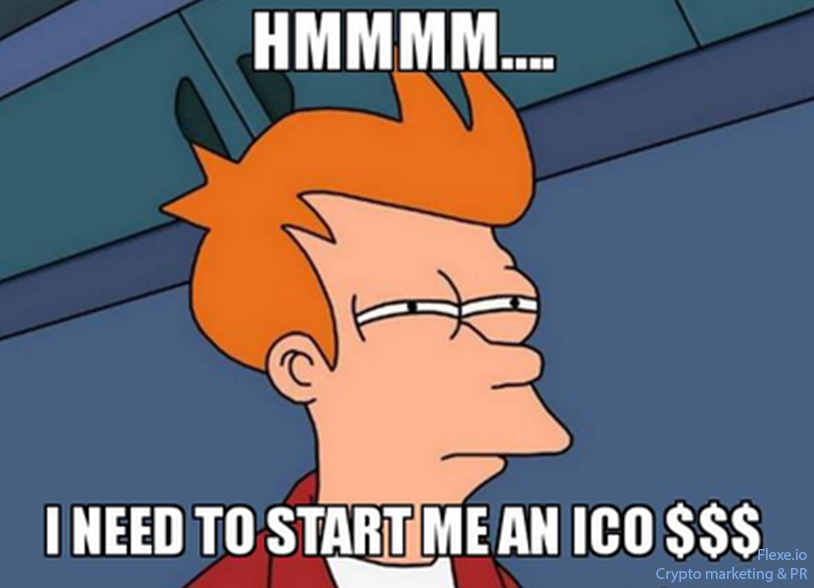 The goal of all promotion methods is to present your campaign, explain what prospects are expected. This is an alternative method of fundraising that offers tokens instead of shares. The token is a cryptocurrency of the project, which is purchased by the investor in the hope to sell it at a higher price later.

The most successful projects can make investors literally rich. For instance, Chainlink cryptocurrency burst into the top 10 of altcoins by capitalization. Altcoin LINK renewed its all-time high in 2020 when the BTC price remained about 9000 USD for several months. In March, its price was about $ 1.5, while on the night of July 13, it renewed its all-time high at around $ 8.50. In four months, the growth was 375%. At the same time, since September 2017, the exchange rate has grown by more than 4300%. It’s evident that crypto investors look for such projects. And you need to prove that your project is worthy as well.

It’s important to prove to a crypto investor that your ICO project is reliable and deserves to be trusted. The reputation of the founders should be impeccable to have a successful ICO. However, this is not enough. Huge preparation work is required to prove the value of its product to the crypto community and to gather an audience from scratch. You will have to hire a proper agency for it.

The ICO promotion agency can help you to write a whitepaper

The project needs a whitepaper, which is a kind of presentation that describes the project in detail: the technology that stands behind the project, its business processes, the background of the company, and its team that should look highly professional. The goal is to help the investors to understand the essence of the project and to trust it. The whitepaper is considered to be the most essential information on the website of the company.

The ICO promotion agency should target different types of audience. This is important for wider coverage. For instance, not all people have time to study the whitepaper in detail with its math formulas and complicated technical details. Therefore, a short video with the main information about the project is a good solution. Such a video will definitely attract more people to the project. Don’t do it too sophisticated and keep it simple. The simplicity of narration is essential here. Even serious large volume investors perceive this information positively. Look at simple but rather effective videos produced by the promotion agency Flexe.io to understand what exactly is required.

Let the marketing specialists tell about your team

People tend to trust the project more when they see the people behind it. The marketing specialists know how to present people in a favorable light. The writer should create content about the team, technical and business consultants. If it’s possible to invite reputable consultants, feel free to attract these personalities. Their photos on your site will raise the value of your project. The team should look real and include real photos and real links to social media.

It can be hard to imagine promotion experts without active work in social media. Therefore, look at the ways the chosen marketing agency promoted ICO companies before and how they coped with the task.

Online users get free tokens dropped directly to their wallets with pleasure. Though it sounds crazy, this method brings many benefits to the companies distributing free coins. Eventually, these advertising maneuvers save much money for the companies. There are different reasons to apply this method. It helps to generate awareness and raise funds for ICO.