The purpose of each information site is to publish materials that allow readers to learn the most important information from the industry. To maintain these sites owners, spend their money on their technical support, as well as to write articles. Therefore, it is logical that the owner should be remunerated for their efforts since no one in this world wants to work for free.

The management of well-known crypto-resources has almost no problems with earning money through direct advertising sales because a large number of advertisers turn to them. Less well-known resources are forced to use the services of advertising networks to receive any income from their activities. In this case, they turn to advertise networks that are willing to pay money to web developers for the placement of banners. In most cases, ad networks are willing to pay webmasters money for every 1000 impressions of their ads. Below, we will give you our list of the most profitable ad networks for site owners.

What are Crypto Ad Networks?

To monetize cryptocurrency, most users prefer to partner with ad networks. It may take many attempts to figure out which crypto ad network or even which ad networks in aggregate generate the most revenue for the crypto, but once they finally learn it will be worth the effort. The right monetization and the right crypto advertising service can increase the popularity of crypto. These days, you can find many different ad networks on the Internet specifically for cryptocurrency holders. But most of them are not paid according to the blogging potential of the publishers.

The best crypto ad networks are characterized by their track record and how satisfied customers are with them. There are hundreds of publisher ad networks in every corner of the globe. The number of ad networks for users has increased dramatically in the last ten years. However, these crypto ad network has used different ad formats and different payment and pricing models with specific requirements for publishers.

Nevertheless, cryptocurrency advertising crypto ad network such as Bitmedia also has many advantages. Users can count on quality publisher placements, so they have maximum control over ad placement – they are fully able to add the sources that best suit them. Let’s take a look at the top crypto ad networks. 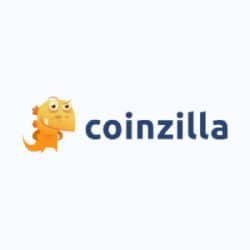 Hardly anyone in the crypto world has not heard of Coinzilla, it can rightly be called one of the most promoted advertising platforms in this vertical. The company was founded in 2016 and is part of Sevio Advertising Technology company. Coinzilla works with both advertisers and publishers, in addition to RTB, it also has a marketplace of various PR services.

Coinzilla’s cabinet interface seems to be the easiest and least busy of all. It sounds like a plus, but in reality, it significantly narrows the possibilities of the platform, or vice versa, as a consequence of the poor functionality. But more about that later. The first thing that catches the eye when you look at Coinzilla is the lack of a dashboard as such, i.e. quickly and assess the results of campaigns, charts, and stuff – you cannot. But in general, everything looks nice and sleek. Although, of course, more annoying to advertise additional services directly in the interface.

Coinzilla provides a wide range of payment options but has a limit on the size of the deposit. Minimum deposits are 0.05 BTC, 1 ETH, 5 LTC, or 500 USDT. The platform also has integration with Coinbase payment gateway, the minimum deposit amount using this method is 300 euros.

Since Coinzilla positions itself as an advertising crypto ad network, it is logical to assume that it has its SSP, to which several sites are connected, which is not disclosed. It is worth noting that Coinzilla is also an official Google reseller, which means that it has full access to the giant’s inventory. 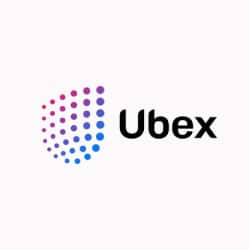 Ubex claims more than 40 connected ad networks, including Google. It’s hard to say whether this is true and how many networks are functioning. Ubex is also on Google’s official list, as well as Google ‘s official partners. Thanks to these two networks alone, the platform already has 80 percent of the world’s traffic. It is worth mentioning that although Ubex is a crypto project, it is aiming at the global market and has a lot of inventory besides its crypto. Also, of all three platforms, only Ubex can run ads in apps.

Ubex’s interface looks more complex than Coinzilla’s, and the dashboard is present. Not all decisions may seem obvious to an untrained user, and your eyes may be confused at first. Of course, it’s not Google or Facebook in terms of complexity, and Ubex has tutorials and manuals as well as support. However, it will take some time to understand all the features of the crypto advertising network. But in general, visually everything is quite nice.

Ubex accepts BTC, ETH, USDT, and its UBEX token, which gives the user a 20% bonus. In addition, you can pay for advertising and fiat, through the payment gateway Stripe, the minimum deposit, in this case, is $10. 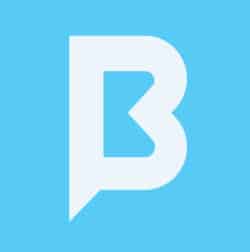 The interface Bitmedia is also not the easiest. For unprepared users will be even more complicated than Ubex, although along with not very clear things there are some pretty handy features, like the generation of UTM tags or a choice of regions in the geo settings. However, the same features are present in Ubex, and in general, the platforms have similar features at first glance. Some of you may be confused by the Bitmedia bitcoin ad network interface which is monotonous, very minimalistic, and monotonous. But there is a dashboard. But it does not show CTR.

In Bitmedia, you can pay for advertising only with BTC, although they promise to introduce USD payment soon and offer to sign up for a test. Information about the minimum deposit is not specified anywhere. The origin of the traffic on the Bitmedia bitcoin ad network is the foggiest: the project website does not say a word about the sources of traffic. They may have their crypto ad network, as there is an offer for publishers, but no information about specific sites could be found. The biggest concern is the absence of Bitmedia in the list of authorized Google vendors. 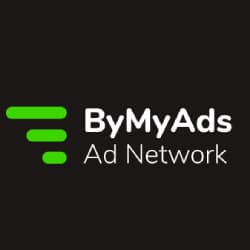 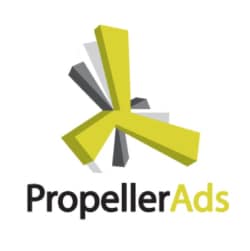 PropellerAds is one of the largest international bitcoin ad networks, which has been developing a variety of advertising formats since 2011. According to some experts, the PropellerAds platform is the largest in terms of the volume of unspooled PopUnder traffic.

Since its launch, the project has worked only with PopUnder, but now the crypto ad network offers several interesting and promising promotion options. In particular, it is worth mentioning PUSH-notifications and NativeAds – specialized banners (native widgets) which have the form of recommendations integrated into the overall site design. You can also use Interstitial – a kind of advertising that appears on top of the content on the page.

In addition to the classic CPM and CPC PropellerAds offers smart bidding options – SmartCPM and SmartCPA. When selecting SmartCPM, the user can set the maximum rate they are willing to pay for impressions. The optimized algorithm in this case selects the best prices for a certain zone – this helps to save on the budget.

The number of Crypto Ad Networks for publishers has increased dramatically in the last ten years. For the most part, ad networks are willing to pay webmasters money for every 1,000 impressions of their ad. In principle, this is quite profitable, especially for lesser-known resources.

You can also read about Crypto Marketing