The 15 most influential crypto minds on social media. Some are well known, while others might be new to you – but they’re all worth following!

Crypto influencers play a crucial role in educating the public on how to maximize their benefits from cryptocurrency. With an expert’s reputation and credibility, people gain awareness of what it can do for them – especially when they’re skeptical!

What is a crypto influencer?

Crypto influencers are individuals in the crypto ecosystem with years of experience investing and posting relevant content. They can be anyone anywhere whose opinion you value, but if there’s one thing we’ve learned from our research it’s that these experts know their stuff!

Crypto influencers are vital in spreading the word about cryptocurrency and its related phenomenon. They publish content on various social media channels like Twitter, Facebook Instagram LinkedIn to reach their target audience so that they can spread awareness for this new trendsetting tech-verse!

Why is influencer marketing so important?

Influencer marketing has become one of the most effective ways to reach out to potential customers and promote crypto products & services. As crypto marketing generally requires a higher understanding of technology, it can be difficult to reach crypto users through more traditional channels such as online ads or PR.

However, crypto influencers have already established themselves as thought leaders in the space and have cultivated a following of engaged and interested crypto users. By partnering with crypto influencers, crypto businesses can tap into this engaged audience and promote their products & services in a way that is more organic and trustworthy.

How to choose Infuencers 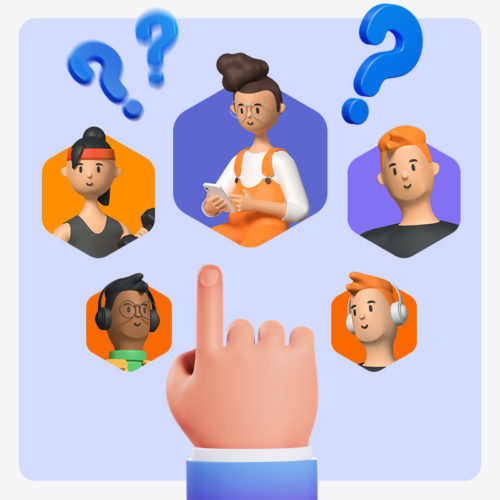 When it comes to crypto marketing, community management, and influencer outreach, there are a few key things to look for.

First, you want to make sure that the crypto influencer you’re working with has a engaged following that posts genuine comments.

Second, you want to look at the quality of content that the influencer is creating. Is it well-researched and informative? Does it add value to the crypto space?

Fourth, you want to look at community engagement. Look at the metrics such as average view counts, organic mentions from other platforms and channels, and audience retention.

Finally, you want to make sure that the crypto influencer you’re working with is someone who is respected by their peers. Ask the experts and run surveys asking other influencers, founders, and investors who ranks at the top of their list.

By following these simple tips, you can be sure to choose crypto influencers who will help you reach your marketing goals.

The crypto world has been booming with new innovations and trends, but it can be tough for those who don’t know where to start when there are so many experts out in the field generating insights from day one. Luckily here at Flexe.io  we’ve managed 11 influencers that you should follow if your strategy involves investing or trading on cryptocurrency markets–they’ll keep you informed about what’s hot among investors all over

If there is anyone who has had an impact on the cryptocurrency world, it is Elon Musk. He is the founder of Tesla and SpaceX and has made some very interesting moves in the crypto world. For example, he recently announced that Tesla would accept Bitcoin as payment for its cars. This sent the price of Bitcoin soaring and showed that Musk has a lot of influence in the crypto world. He also has a lot of followers on social media, which makes him a powerful influencer. If he were to start promoting a new cryptocurrency, it is likely that many people would invest in it. In short, Elon Musk is a very influential figure in the world of cryptocurrencies and his opinions should be respected.

Among the most influential voices in the cryptocurrency industry are the founders of major blockchain projects. These individuals have a wide reach and a significant following, and their opinions can carry a great deal of weight. Vitalik Buterin, the founder and developer of Ethereum, is one such individual. He is highly respected within the industry, and his insights on the direction of Ethereum and the blockchain industry as a whole are highly sought-after.

As a result, he wields a great deal of influence within the space. Other notable influencers include Charlie Lee, the creator of Litecoin, and Brendan Blumer, the CEO of Block.one. These individuals also have a large following and are respected for their insights and opinions on the cryptocurrency industry. As influencers, they play a major role in shaping the discourse around cryptocurrencies and blockchain technology.

Thanks to his stature in the industry, he has amassed a following of over 740k on Twitter – making his feed one of the most valuable sources of news and information on all things Bitcoin and cryptocurrency. He frequently discusses issues pertaining to Bitcoin and Bitcoin Cash, as well as ethical considerations surrounding cryptocurrency. His insights are invaluable for anyone with an interest in this rapidly evolving industry.

The co-founder of Twitter, has been a strong advocate for Bitcoin and blockchain technology. In recent years, he has even gone so far as to call Bitcoin the “native currency” of the internet.

His opinion carries a lot of weight in the tech world, and his statements have led many people to believe that Bitcoin could one day replace fiat currencies as the primary medium of exchange. While this is still a long way off, Dorsey’s influence cannot be understated. As the CEO of Twitter, he is one of the most powerful people in social media.

And as the founder of Square, a payments company that has made investments in Bitcoin assets, he is also one of the most influential voices in FinTech. Only time will tell if Dorsey’s predictions about Bitcoin will come true, but there is no doubt that he is a thought leader in the world of technology.

Michael Saylor is a well-known figure in the world of cryptocurrency. A graduate of MIT and a successful entrepreneur, Saylor has been involved in the industry for many years and is considered an expert on the topic. In recent years, he has become a major advocate for Bitcoin and has even placed significant bets on the currency through his company, MicroStrategy. Thanks to Saylor’s expertise and involvement, he is a major influencer in the crypto world. As a result of his experience with the dot-com bubble, Saylor is uniquely qualified to comment on the current state of the cryptocurrency market. His insights are highly respected by industry insiders and investors alike. Thanks to his influence, Michael Saylor is one of the most significant players in the world of cryptocurrency.

As the CEO and co-founder of Coinbase, Brian Armstrong is one of the most respected voices in the cryptocurrency world. A staunch advocate of the economic freedom that cryptocurrency affords regular folks, Brian and his company have taken up radical stances on crypto politics in the past.

Following Brian will give you a front row seat into the broiling politics and regulatory changes that are currently happening around cryptocurrency. As someone with a deep understanding of both the technology and the business of crypto, Brian is uniquely positioned to comment on the ever-changing landscape. If you’re looking to stay informed on all things crypto, following Brian Armstrong is a must.

Nayib Bukele, the President of El Salvador, has been a big supporter of blockchain technology and its potential to help with cross-border transfers. The government of El Salvador recently approved Bitcoin as a medium of exchange, which makes it the first country in the world to do so. This is a big deal because it means that BTC will now be considered legal tender in El Salvador. This is likely to have a positive impact on Bitcoin prices in the long run. President Bukele has been a vocal supporter of blockchain technology and its potential to help reduce the costs and time associated with cross-border transfers. It is clear that he is committed to making El Salvador a leader in the adoption of new technologies. Thanks to his efforts, El Salvador is now at the forefront of the cryptocurrency revolution.

Nick Szabo is a computer scientist, legal scholar, cryptographer, and researcher who has been actively involved in cryptocurrency issues since the early 2000s. He is credited with inventing the concept of smart contracts and helping to establish bitcoin in 2009. Today, Szabo is also a well-known crypto influencer, with many of his articles being shared on Twitter.

Fans of technical idea analyses, in particular, will find him to be an excellent match. He routinely explores various topics and outlines the mechanisms that underpin a variety of projects in the cryptocurrency sector.

He is a tech entrepreneur and blockchain expert that has been regarded in the crypto community as a trusted educator. Beyond sharing his thoughts with his over 700K Twitter followers, he also has a podcast and Youtube channel where he provides great insights, news, and resources to help make better investment decisions. In addition to being a highly respected figure in the crypto community, he is also an early investor in several successful blockchain projects. As a result of his expertise and experience, he is uniquely positioned to help others navigate the often-volatile world of cryptocurrency investing. If you’re looking for someone to give you the latest news and analysis on all things crypto, be sure to follow him on Twitter and check out his podcast. You won’t be disappointed.

Anthony Pompliano, more commonly known as “Pomp,” is one of the most influential figures in the crypto world. With over 1.6 million followers on Twitter and 380,000 subscribers on YouTube, Pomp has built a massive audience of devoted investors who hang on his every word. And he doesn’t take his responsibility lightly – Pomp publishes a daily newsletter with insights on finance and tech, and he posts daily crypto updates on his YouTube channel. Whether you’re a seasoned investor or just dipping your toe into cryptocurrency, you need to follow Pomp if you want to stay ahead of the curve.

As the CEO of Galaxy Investment Partners, Mike Novogratz is a major supporter of blockchain technology and cryptocurrencies. He has often expressed his dissatisfaction with the irregular downward movement of cryptocurrency prices on Twitter. In addition, his company is expected to go public on the stock market in the first quarter of 2022. In a well-known prediction, Novogratz said that Bitcoin would soon displace gold as the favored investment asset of choice.

While some investors remain skeptical about cryptocurrencies, Novogratz is confident in their future and remains a strong advocate for their adoption. With Galaxy Investment Partners soon to be listed on the stock market, Novogratz is poised to make a major impact in the world of finance.

The crypto space is still relatively new, and many people are wary of investing their money in something they don’t fully understand. However, by partnering with crypto influencers, crypto businesses can reach a wider audience and build trust within the community.

In order to be successful, crypto marketers need to identify the right influencers and develop creative campaigns that resonate with their audience. When done correctly, influencer marketing can be a powerful tool for driving awareness and adoption of crypto assets.