Metaverse: How to Understand It

The digital world has become an inextricable part of the real world in modern times, giving people the ability to almost simultaneously exist in a variety of settings, merging their digital and real selves for better organizing and running everyday processes. The applications that have ushered in such a merger of lifestyles in the digital and real worlds have evolved and developed over the past decade at breakneck pace, giving rise to a variety of platforms and infrastructures catering to virtually every aspect of human life. Anything from entertainment and communication to business and organization management has been encompassed by the digital sector of the global economy, making the process of digitization both unstoppable and essential for the continued development of human civilization as a whole.

Some applications allow people to simultaneously interact across messengers and social media feeds, others give access to videoconferencing and business process management for controlling the actions and tasks of remote workers. The global economy is now entirely dependent on the digital frontier as companies, businesses, organizations, and even public facilities and state authorities, are going online to scale their operations and reach an increasingly more digitized population.

But while the economy and businesses overall are gauging their success rates and capitalizations using digital means and conversions from website transitions made by average users, the current paradigm of the digital world is starting to crumble and show the effects of strain. The infrastructure serving as the pillar supporting the global economy is built on the Web 2.0 mainframe – an aging and quite limited type of framework that is designed for content sharing, not much for content creation. More than so, the Web 2.0 concept that was developed at the outset of the 1990s with the emergence of the first business websites, is actually fully centralized and entirely controlled by the companies and institutions operating the servers that host the websites and domain names that users visit and entrust their personal data.

The limitations of Web 2.0 extend well beyond the privacy frontier, where the personal data of countless users is entrusted and in the custody of corporations that profit from the use and sale of such data to advertising companies and other third parties. The technological capabilities of Web 2.0 do not allow it to be an infrastructure that would be capable of supporting the technologies of the future, such as semantics, natural language search, artificial intelligence, virtual and augmented reality, and other modules that would turn the internet into a natural extension of the human interface with machines.

The need for a massive, scalable and, most importantly – decentralized infrastructure has been made evident when the Web 3.0 concept emerged, outlining the future of the internet as a digital environment created to be managed and enriched by the users themselves. This is where the decentralized virtue of blockchain technologies became irreplaceable, allowing Web 3.0 to transcend from a concept into a reality that would allow users to create content and become its sole owners, monetizing their creativity and personal data as they see fit.

However, being simply a Web 3.0 design is insufficient as a concept for it to be a viable business model. This has led to the emergence of a specialized concept that took on the name of a science fiction iteration – the metaverse. 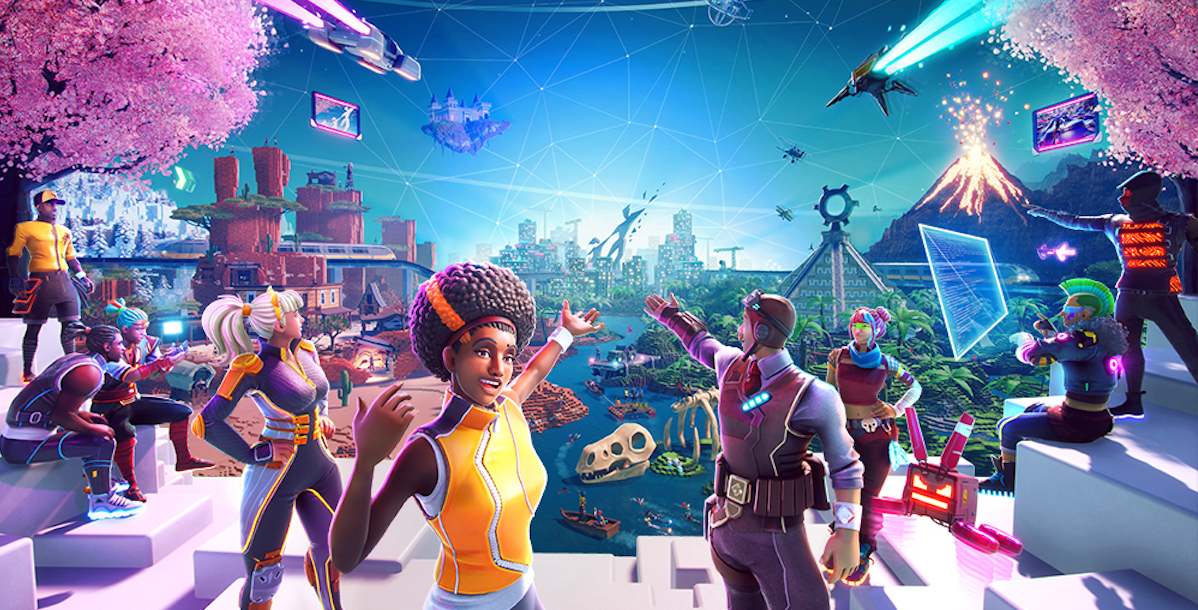 What is the Metaverse?

As the embodiment of Web 3.0, the metaverse is defined as a decentralized, limitless digital environment leveraging blockchain technologies as its basis for data storage, transfer and sharing, while relying on a variety of visualization technologies, such as virtual reality, to streamline communication between its participants. The question “what is metaverse?” has been around for longer than the concept of Web 3.0, but the metaverse definition provided has not changed much, except for the inclusion of the blockchain element since its inception and recognition as a viable infrastructure for supporting such an environment as a metaverse.

The metaverse meaning prescribed to it by businesses, however, differs from what can be attributed by users of such a digital space. In reality, metaverse games and metaverse app services of any kind can be deployed within such a decentralized environment, giving users the opportunity to engage in an endless number of activities that extend well beyond the shortsighted span of business applications and financial use case scenarios.

The blockchain basis of metaverses allows such environments to be truly limitless and to take on any form or premise, ranging from a science fiction or post-apocalyptic setting, to a fantasy world, or a real-world environment being a digital representation of a city, or even an entire country, or the world as a whole. Such versatility, coupled with the full decentralization of all processes within a metaverse paves the way for the creation of a necessary infrastructure that would allow for the transfer, exchange and creation of value. Considering the fact that the metaverse is inherently a cross-chain phenomenon that can share its assets across multiple metaverses, while retaining their value and functionality, the application of digital currencies – cryptocurrencies – and their derivatives suddenly becomes obvious as the value carriers within metaverses.

In fact, cryptocurrencies are designated to be the internal currencies of metaverses, while Non-Fungible Tokens can act as the asset tokenization mechanism, allowing for the bridging of the real world with its digital counterpart.

What Can You Do with Metaverse?

The use case scenarios and interaction abilities within metaverses are endless. The fact that metaverses can play host to any number of environments and venues paves the way for an unlimited number of opportunities for interacting both with other participants and businesses inside such environments. Among the most obvious applications for metaverses in their current and potential future iterations are the following.

Businesses were among the first to realize that the metaverse can become a third frontier for their scaling and expansion. As an entirely new, untapped, and promising environment that supports virtual reality and augmented reality technologies, it is not difficult to envision metaverses acting as venues for the digital iterations of shops, retail outlets, concert halls, performance venues, and even showrooms for both digital and real-world products and services. The virtual reality component of metaverses allows users to interact with digital items as though they were real, giving ample opportunities for producers to showcase their goods and let potential clients interact with them in a variety of ways. The fact that the metaverse will be linked to the real world and its digital economy will be integrated with the financial services of the real world for bootstrapping user engagement means that bank offices and a variety of other intermediary services will be present in the metaverse to streamline operations and ensure the ease of conversion of fiat currencies, as well as the availability of liquidity.

Gaming is another major application for metaverses. The versatility and open-ended nature of the metaverse as a clean slate allows the imagination of developers to run wild, exploding into any kind of premise and genre imaginable. Just as online games, such as Massively Multiplayer Online Role Playing Games of the World of Warcraft genre had taken over the passions and enthusiasm of users, so too can metaverse games that promise much more than the application of the tiresome Pay to Win model. Metaverse games are entirely based on the blockchain and are thus leveraging the multiple monetization opportunities inherent to the decentralized finance market. The merger of DeFi with the gaming sector has recently resulted in a new genre called GameFi that foresees the application of an entirely new model of gaming called Play-to-Earn. The mechanisms of Play-to-Earn, which allow users to earn real fiat or in-game cryptocurrencies for achievements of actions taken in-game, have been successfully migrated into the metaverse setting, giving users of such environments virtually unlimited freedom in creating content and getting paid for it. The Non-Fungible Tokens are playing a crucial role in the popularization of such mechanisms within metaverse games. The ensuing rise in user interest and engagement has resulted in the development of entirely new directions in metaverses within the Play-to-Earn sector, such as the rent of NFTs, the services of account and character leveling, and much more. 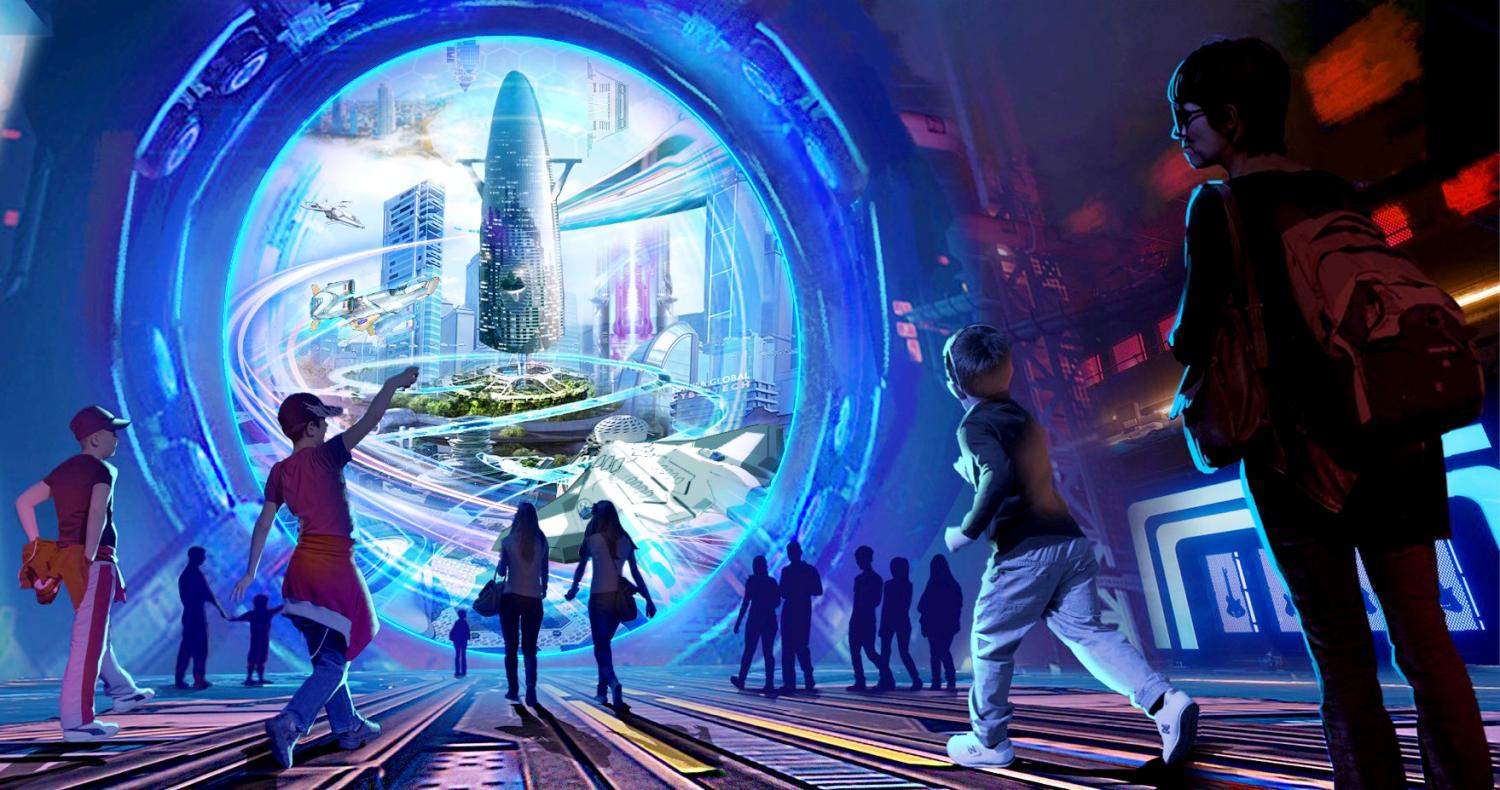 Which Companies are Investing in Metaverse?

Metaverse investing is a major business that many global companies are starting to pay attention to. The untapped opportunities of product and service monetization through their translation into an entirely new frontier are giving companies the impetus to start not only investing in metaverses, but also develop their own digital environments.

Facebook was the first to officially announce that it will be taking on a pioneering role in metaverse development by undergoing a rebranding into Meta – a metaverse for interaction and communication. Other companies have been developing the direction long before Facebook’s announcement, such as Decentraland, which has been operating for several years, offering digital real estate for sale.

Needless to say, the metaverse would be impossible without the development and scaling of blockchain technologies. The decentralized environment is the underlying principle that allows metaverses to operate in the first place. The transparent and fully immutable nature of the blockchain allows users to generate content and retain ownership of copyright, thus not only protecting revenues and royalties, but also personal data. 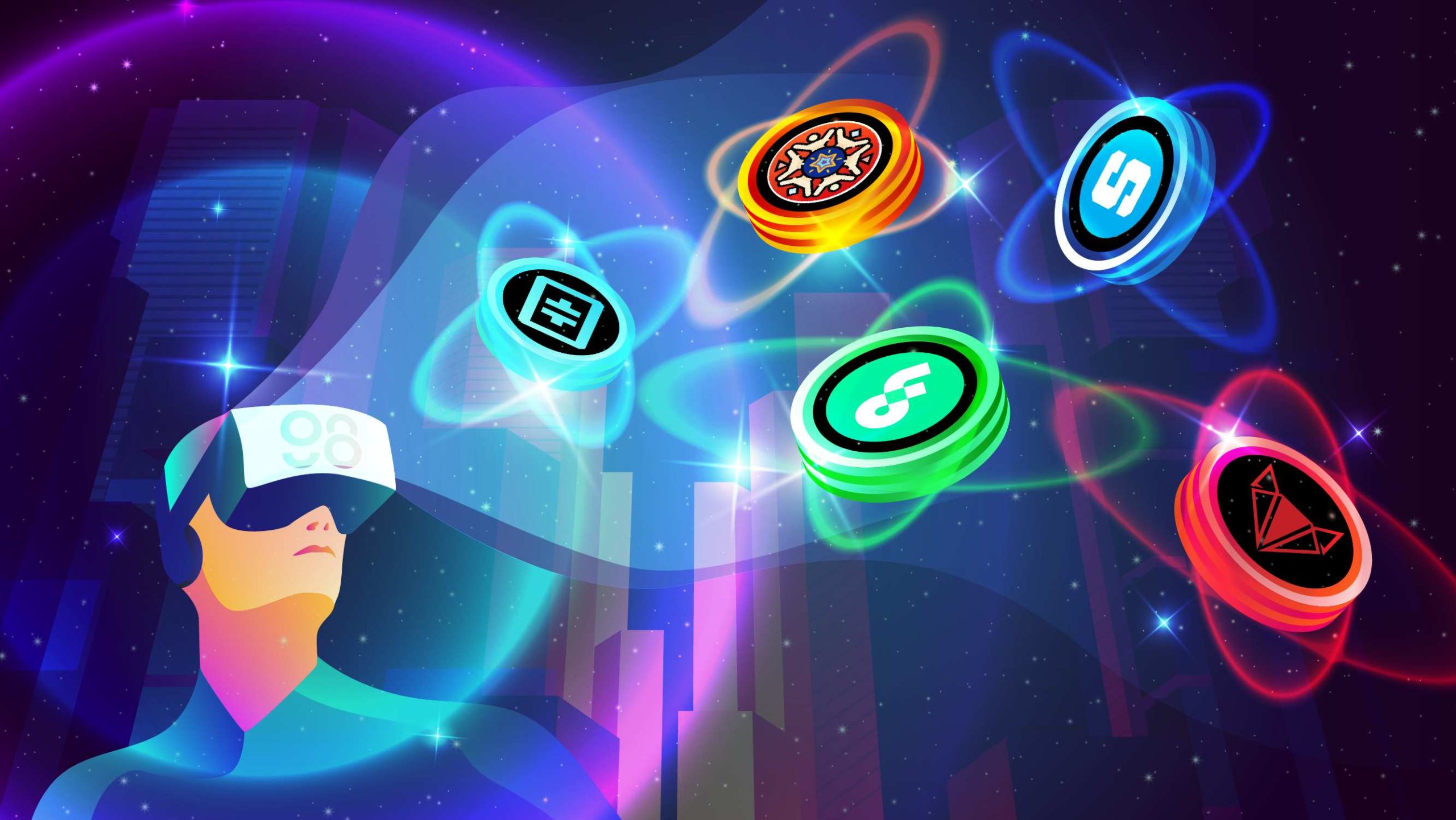 The Future of the Metaverse

Given the immense attention that decentralized services and digital currencies are attracting in recent years with the scaling of the DeFi market and the expansion of application use cases, it is fair to say that the future of the metaverse is bright. Businesses are always eager to consider the option of expanding into new frontiers, where users are willing to spend money. In addition to being an entirely new and exciting environment, the metaverse also promises users a slew of innovative functions and features, which are certain to evoke new emotions.

Such a promising setup and the focus metaverse developers are placing on the experiences users will be gaining from interaction in virtual reality, are giving reason to believe that decentralized environments are going to develop and scale rapidly. This is evidenced not only by the rapid expansion in the number of announced metaverses, but also by the enthusiasm users across the internet are expressing towards partaking in such projects.

The metaverse is the logical development of the online space that is no longer capable of satisfying the needs of modern users. With the requirements of new technology application and business resource expansion rising year-on-year, it was only a matter of time before a suitable infrastructure would be developed that could sustain the promise and concept of Web 3.0.

The metaverse is likely to become the ultimate digital reflection of the real world, allowing both businesses and users to delve into a virtual reality that will evolve and grow on the basis of its own economy and rules of interaction. Perhaps in less than a decade, the metaverses will replace the social networks of today and the Web 2.0 concept will seem outdated to such a degree that businesses will refrain from maintaining their presence in it, opting for the metaverse instead. But that will depend entirely on scaling and user engagement.

You can also read about Listing on crypto exchanges