The promotion of cryptocurrency and blockchain products is easy in South Korea as the country belongs to the most developed in this respect. Over 400 crypto companies are headquartered in Korea along with hybrid funds, family offices and VC.

Being a hub for virtual currencies, the country features the most wired society. There is broadband Internet all over the country with a lightning-fast speed. The advanced technological development affected the state of the crypto market as well. The country is the third country in the world in BTC trading volume. It is also an important market for trading Ethereum (33% of all global volume). The two largest global exchanges of the world from the top 15 are located in this country. Both facilities have walk-in centers for investors so that they could make transactions there personally. More than a million crypto traders live in Korea. It means that there is a crypto trader in each group of fifty people.

The hackers’ attacks, made, supposedly, from North Korea, made the government forbid the use of ICOs. And this form of fundraising that is so popular globally became prohibited in South Korea. Therefore, startups can’t advertise it.

The restrictions were introduced after neighboring China banned ICOs and called it an unauthorized form of fundraising that undermines the financial stability of the state. However, the approach to the problem is different in the countries. It is too strict in China as the regulators demanded to reimburse funds to the investors. The regulators in South Korea decided to refrain from such methods. The restrictions are imposed on locals while foreigners and those who don’t have a status of a resident can continue dealing with a cryptocurrency exchange. It’s even possible to deposit using an ‘omnibus account’. If payments are accepted from abroad, the regulators don’t have any reporting requirements.

You should also pay attention to traditions that prevail in this country as well as the characters of local people. For instance, it’s better to know that Koreans prefer to deal with citizens of their country instead of dealing with foreigners. If you want to solve this problem, you can hire a Korean as an adviser to your team. This employee will be responsible for public relations in your company.

Find out what search engines are the most popular in the country. The answer to the question can define a marketing strategy. Naver is the most popular search engine in the country. This is a great opportunity to start a blog and explain the concept of your cryptocurrency project to people. It is also helpful to create and publish your articles to such resources as Medium. If it’s possible, start a blog using the Korean language.

Contact opinion leaders and local crypto mass media to publish articles for the promotion of your project. Filter out the most popular YouTube opinion leaders and find a suitable influencer among them. As for the media, you can apply to such resources as  tokenpost.kr, yonhapnews.co.kr, coinkorea.info

There are two optimal variants of promotion in South Korea. You can apply to the local agency, to the marketing and promotion agency that knows all nuances of the deal. This is a convenient and affordable solution. 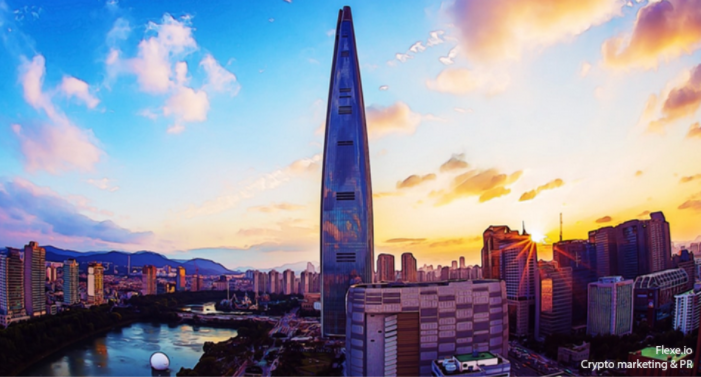 No matter what project you are going to boost, IEO or ICO, don’t forget to contact highly qualified experts and figure out the strategy together. The promotion of a blockchain in South Korea has its difficulties but it is possible to solve them.